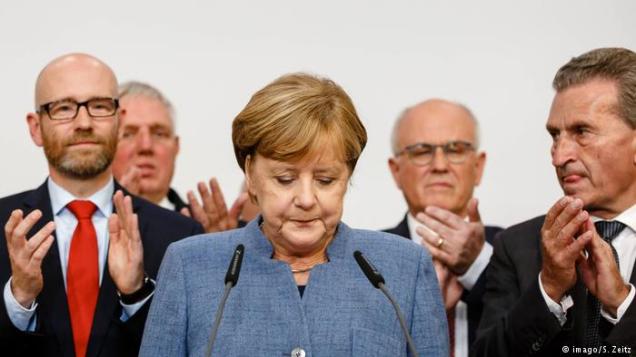 Listen here to my interview with Alex Jensen on tbs eFM This Morning on the German elections (interview begins at 07m13s).

(COPYRIGHT 2017 BY POLITIPOND. ALL RIGHTS RESERVED. THIS MATERIAL MAY NOT BE PUBLISHED, BROADCAST, REWRITTEN OR REDISTRIBUTED WITHOUT PERMISSION).

Alexis Tsipras resigns after seven months in power, but is seeking for reelection in elections in late September. His time at the helm of Greece was marked by a impossible conundrum: defend Greek interests against powerful European and international forces, ending the austerity while finding growth, and dealing with an ideological split within his party.

Prime Minister Tsipras is calling for a new round of elections, most likely scheduled for September 20th, and he will lead the Syriza party. “I believe we haven’t yet seen our best days” announced the Prime Minister on television “and I’m going to ask for the people’s vote to govern this country – with more experience, with my feet more firmly on the ground.” With a disastrous economic and fiscal situation, Greece is now facing even deeper political uncertainties. With his resignation the country will be governed by an interim-government until the next snap elections in September 20th. Tsipras is leaving office for a better comeback and freeing himself from the rebels of his party. He is looking to “return to power with a more manageable coalition.”

Second, his time in office was quite smooth until the looming of the deadlines for repayment of the IMF and ECB loans. Even though he remains one of the most popular politicians in Greece, the summer has created serious political tensions within his party Syriza. The fight between Greece and the Troika (ECB, Commission, and IMF) over an agreement after missing the initial deadline forced the Tsipras’ government to close Greek banks for almost three weeks. Tsipras was obliged to agree to the terms requiring tax hikes and further spending cuts under the threat of complete collapse of the Greek banking system (read here a past analysis). The deal with European creditors infuriated members his party Syriza, but Tsipras managed to get it approve through the Parliament with the help of the opposition.

Third, the resignation of Alexis Tsipras, which should be seen as a two-step process – first the referendum, and second the agreement to the terms of the bailout – marks in some ways a complex existence and survival of socialism in Europe. To many, Alexis Tsipras was the last embodiment of socialism in Europe. Now the question is: was the international market seeking to make a point in going after Tsipras? With Tsipras’ departures, it seems that austerity measures have become the European landmark in solving deep structural economic crisis. But if reelected, Tsipras would be a much more centrist politician than seven month ago. Tsipras had to move towards the middle creating a split with the radical core of his party.

When did it go all wrong for Tsipras? And, did it go wrong for Tsipras? For many Europeans, PM Tsipras lost the battle after calling for a referendum and advocating for the no vote (remember the oxi?). In retrospective, the results of the referendum actually did not matter, aside for many Greeks feeling that Tsipras tried to defend them. The referendum was perceived by European partners, especially the Germans, as an act of treason. Greece was already on the thin line with his Eurozone partners since the collapse of its economy and the first bailout five years ago. Greece had mis-behaved and lied to its partners (read here a previous interview on the topic). The referendum was another act of treason for European partners. Once Greeks had voted in favor of the no

vote, and a week later PM Tsipras agreed to the new terms of a third bailout, his time was counted. His vocal lieutenant, finance minister Yanis Varoufakis, announced his resignation days after the victory of the no vote. Once Varoufakis was gone, and Tsipras agreed with the terms (criticized by the IMF) and started his transition towards the center. But in some ways, Tsipras’ fate was sealed, or not? In addition, it created a real ideological split within Syriza. Tsipras is undeniable moving towards the center, while the old guard of Syriza, led by the former Energy and Environment Minister, Mr. Lafazanis, have not changed their position. On the referendum, The Financial Times reported that “Mr Lafazanis’s supporters speak of an ‘ideological betrayal’ and ‘treachery’ by Mr Tsipras’s faction.” The paradox between calling for the referendum opposing the bailout and then accepting the terms of the bailout created an unsustainable political condition for Tsipras.

Some experts and media are comparing Greece to a European protectorate (at least in the leftist literature) after the agreement on the third bailout’s terms. But aside from asking for the approval of his policies, does Greece need another election in such dire times? Tsipras is gambling on a new election in order to get rid of rebels, or what The Economist calls the ‘wild ones,’ build on its domestic legitimacy, and try to govern and reform Greece with a fresh flow of money. Let see if Tsipras can win another election, and how different will Tsipras 2.0 be from the Tsipras 1.0? Can Tsipras 2.0 bring Greece to reform and become a growing and sustainable country under the current conditions? This remains to be seen.

(Copyright 2015 by Politipond. All Rights Reserved. This material may not be published, broadcast, rewritten or redistributed without permission).

politipond by Maxime H. A. Larivé is licensed under a Creative Commons Attribution 4.0 International License.
Based on a work at https://politipond.wordpress.com/.